By 2020, an estimated 7 million drones could be zipping around the country delivering packages, taking photos, inspecting infrastructure or conducting search and rescue missions.

But before that happens, they’ll need a system in place to avoid crashing into each other — or worse, passenger aircraft. 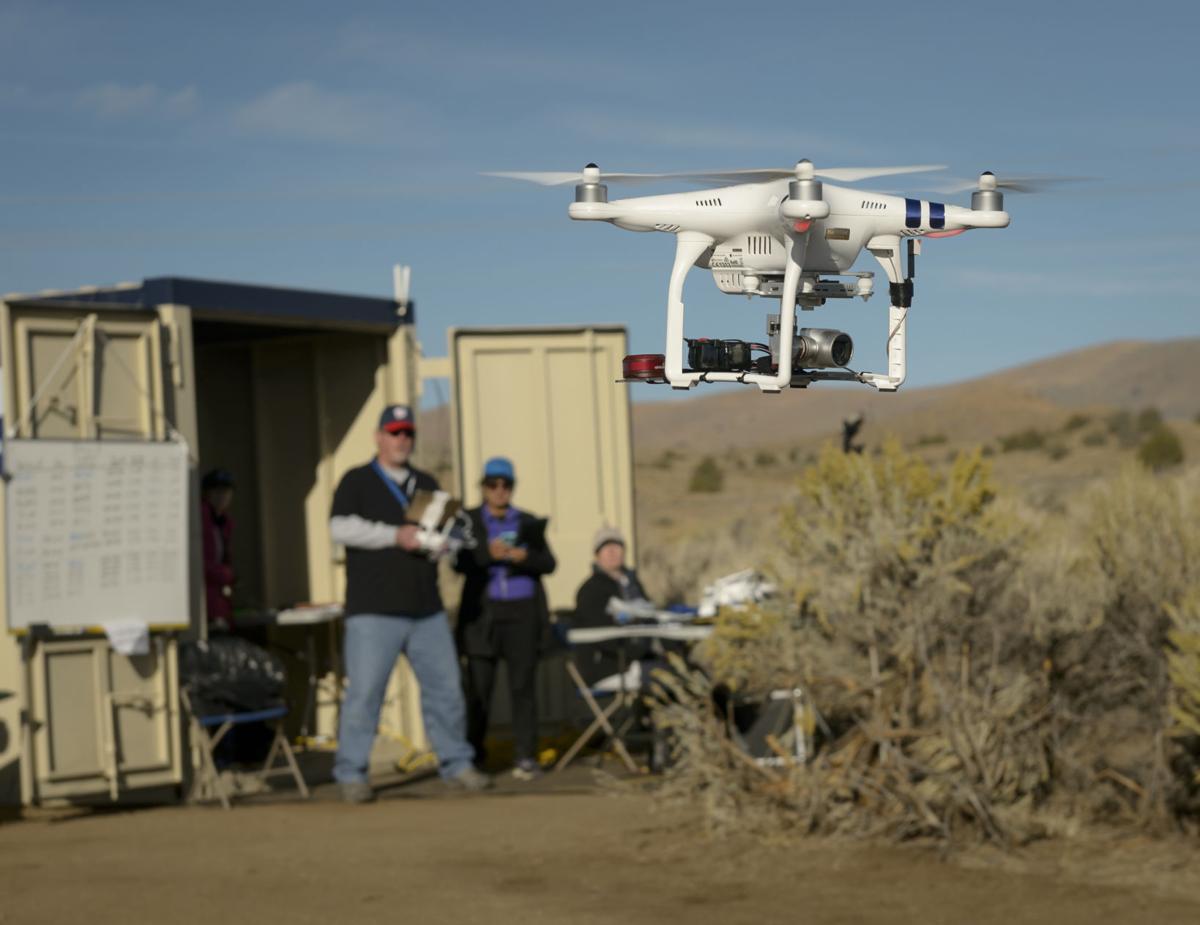 NASA, along with the Federal Aviation Administration and an extensive list of industry partners, has been researching the requirements needed to establish a drone traffic management system. This summer, some of those ideas will be tested in the field.

Unlike the current air traffic management system, this one won’t rely on human controllers in towers who bark instructions to incoming and outgoing aircraft. Instead, drone operators will use an electronic system to get access to constraint notifications and input flight information. And they will be expected to follow the rules.

Eventually, the system will be autonomous.

“We needed to look at things that can be done cost-effectively, can be done safely,” said Parimal Kopardekar, principal investigator at NASA for unmanned aerial systems traffic management.

The plan is to finish the research by 2019 and hand over ideas for the FAA to implement no later than 2025.

But the FAA will not be creating the entire electronic traffic management system — that task will largely be handled by companies that are already developing drone navigation and communication software, or drone manufacturers that want to create their own system.

That approach is not unlike the one spelled out for self-driving cars by the Department of Transportation last fall, in which the feds outlined loose safety guidelines but left it to companies to come up with solutions.

Once the rules are set and all drone systems can speak the same language, “that really unlocks the true potential of networked aerial robotics,” said Jonathan Evans, co-president of Skyward, a drone operations software firm that is participating in the NASA project.

The research for the drone system is focused on what’s known as uncontrolled airspace, a lower altitude that isn’t currently managed by air traffic management. However, NASA is also researching how to one day integrate drones into controlled airspace alongside crewed aircraft.

Here’s a look at some of the major requirements — and practical challenges — of drone traffic management.

During a recent NASA field test of the system in Reno, Nev., a gust of wind tossed some of the drones more than 100 feet, pushing them out of their designated operating zones.

The technology worked as intended: operators received notice of the conditions and were able to land the drones safely, said Steve Gitlin, vice president of corporate strategy at Monrovia, Calif., company AeroVironment Inc. The test showed how much weather can affect drone flights, and that the devices need proper spacing just like manned aircraft, said Kopardekar of NASA.

Small drones are much more susceptible to weather changes because they fly low, Gitlin said. AeroVironment’s Puma drone, which looks like a miniaturized Cessna private plane, took part in the NASA test in Reno.

NASA partners with organizations such as the National Oceanic and Atmospheric Administration to pull in weather data for the project. But tools have not yet been developed to predict how weather will affect small drones flying around obstacles such as buildings or hills at such low altitude, Gitlin said.

Drone advocates envision a future in which swarms of autonomous aircraft will be in transit or performing tasks, so data about their surroundings will be a key to traffic management.

“There won’t be an operator looking through cameras or looking at anything to know the world around the drone,” said Greg McNeal, co-founder of Santa Monica, Calif., company AirMap. “The drone’s going to have to know it itself.”

That navigation will require more than just a basic street map. In addition to locations of physical buildings, navigation systems also need to pick up dynamic data — information that changes in real time and enables drones to steer clear of dangerous or restricted areas.

That can include changing environmental factors, such as seasonal weather conditions that could make flying over a certain area more difficult during various times of the year. It also includes designated sensitive areas, such as airports or power plants, which can be protected by virtual barriers known as geofences.

AirMap, which develops drone traffic management software, said discussions about the importance of dynamic data during the NASA project prompted changes in its own product. The company then worked with local governments and agencies to notify users when they were flying their drones too close to emergencies such as fires, which could hinder firefighting operations.

Drones aren’t currently allowed to fly beyond their operators’ sight unless they get special permission from the FAA. But NASA is already testing what drones will need if they’re allowed to fly further away.

Users will have to be able to pinpoint where drones are and where they’re headed to avoid conflicts. That location tracking will be handled through technology including satellites and cellular networks, which is why telecommunications outfits such as Verizon, Qualcomm and AT&T are working with NASA.

Work still needs to be done to ensure drone connectivity in places with spotty reception, such as between buildings.

For all this to work, drones will have to “talk” to each other and exchange information.

NASA, the FAA and the industry will have to figure out the exact types of information that need to pass from one type of drone operating system to another. The systems will also need a common communication protocol and consistent cybersecurity practices.

This can get tricky since drone manufacturers and software developers — like makers of self-driving cars and their software — could resist passing potentially proprietary data to rivals. But NASA’s Kopardekar said that industry partners have so far been willing to collaborate and that no company-sensitive data will be shared.

“All of them have a common interest, which is safe access to airspace,” he said.